An amusing byproduct (at least it tickled me) of our adventures in Scalloway has been my ‘body series). Occasioned initially by the ominous floating glove that had attached itself to a clump of weed that – because of the good weather – didn’t move from beneath our window above the harbour. It then became obligatory wherever we went to spot gloves and the odd boot that had fetched up in the water or along the shoreline and take a picture.

These were then doctored to add the body that was attached. Over time fifteen of these pictures emerged and were we to have gone searching I don’t doubt more would have done so. Of course around a working harbour like Scalloway its inevitable that a few go missing occasionally. But there’s a more serious side to it as the locations tended to be those where the general flotsam and jetsam gathered. So take a look at what’s there and you see just what is filling up our oceans… Every one of the seemingly pristine beaches has its pile of detritus washed up from the sea (that is collected up to keep them looking that way) and its becoming a major global problem. So much so that my nonsense could in time to come turn out to have been prophetic…unless the upbeat elements of this Telegraph report are right. 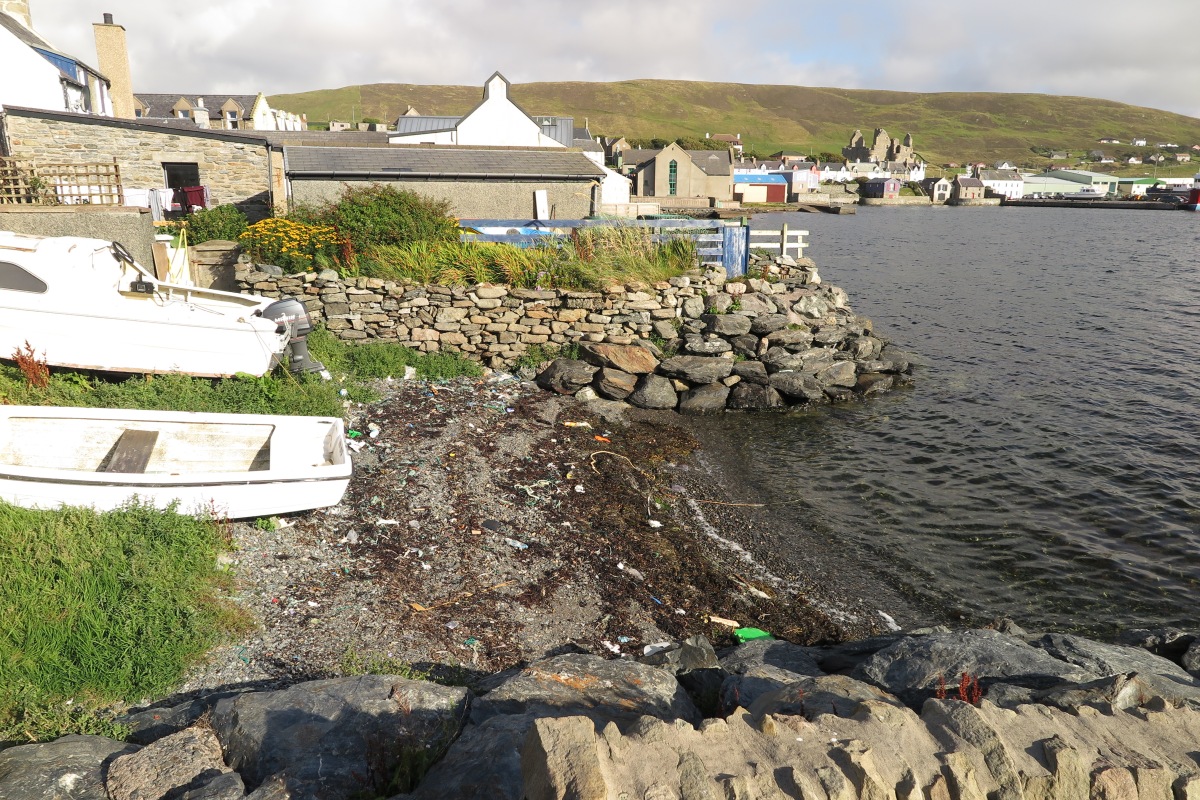