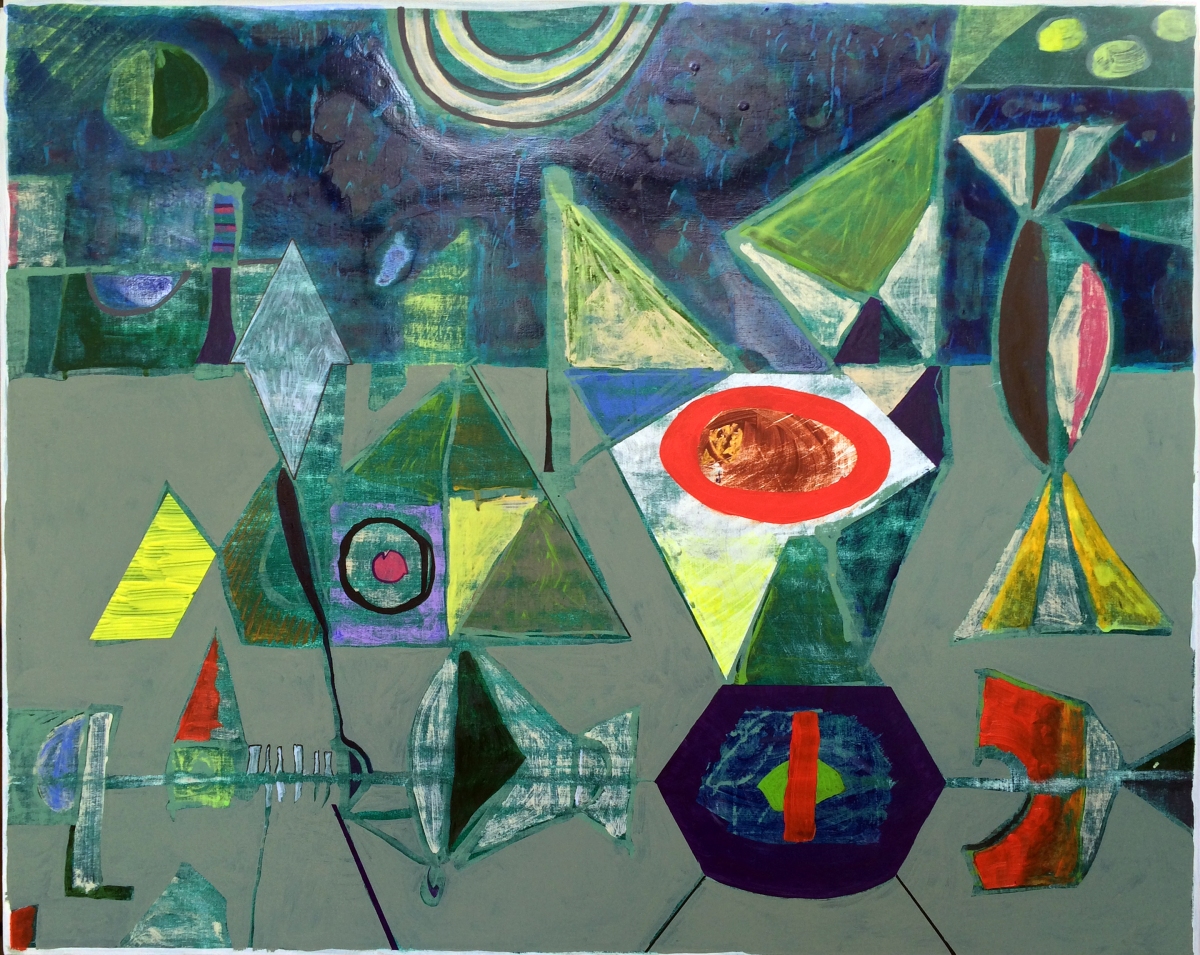 in your soul…is one of my favourite Charles Mingus tunes. And as one of the sound tracks of the painting process for these ‘Jazz’ pictures what could be more appropriate? They are going on show at the Ashbourne Festival starting on 17th June.

Before that the first two ‘Ragbags’ pop up in the Precious Little show at HMS and that opens on May 22nd.  A fair few more will be featured in the show I’m putting on at HMS in September “All My Senses At Once’ where I dare say a few of these “Jazz’ pictures will also be displayed.  Up until relatively recently I really never bothered a great deal with exhibiting. When showing opportunities came along all well and good but I rarely sought them out.  In my thirties and into my forties that meant a heck of a lot of work was made and never exhibited and, although more things happened whilst I worked in HE Art & Design, that had been the case up until five or ten years back when I started to think that maybe, just maybe, it would be nice to make stuff that people might see!

So if you can come along to one of these three outings (I’m doubting there will be no more opportunities in 2016) and take a look…after all I’ve been fiddling around with these for months (though you might not think so) so it would be nice for them to be seen.